Master saxophonist and world renowned recording artist Eric Alexander is your guide for this exploration of jazz language. Eric shares his knowledge and experience gleaned from having recorded on over 150 albums alongside a host of jazz legends.

"Learn melodic phrases that are part of the jazz language" 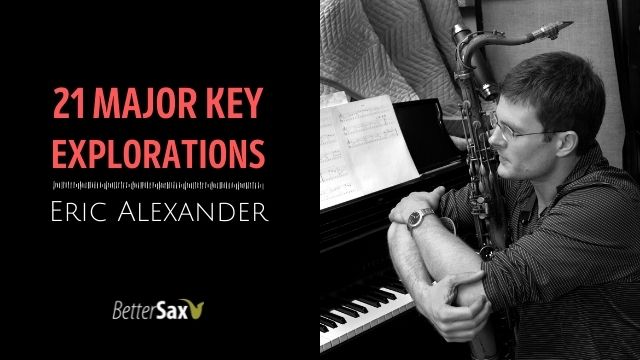 With over 40 albums as a leader and more than 120 as a sideman, Eric Alexander is one of the top recording artists in jazz over the past 30 years. As a world renowned jazz music educator Eric communicates the lessons and tradition learned from the many masters he has studied and performed alongside.

Boasting a warm, finely burnished tone and a robust melodic and harmonic imagination, tenor saxophonist Eric Alexander has been exploring new musical worlds from the outset. He started out on piano as a six-year-old, took up clarinet at nine, switched to alto sax when he was 12, and converted to tenor when jazz became his obsession during his one year at the University of Indiana, Bloomington (1986-87). At William Paterson College in New Jersey he advanced his studies under the tutelage of Harold Mabern, Joe Lovano, Rufus Reid, and others. “The people I listened to in college are still the cats that are influencing me today,” says Alexander. “Monk, Dizzy, Sonny Stitt, Clifford Brown, Sonny Rollins, Jackie McLean, Joe Henderson–the legacy left by Bird and all the bebop pioneers, that language and that feel, that’s the bread and butter of everything I do. George Coleman remains a big influence because of his very hip harmonic approach, and I’m still listening all the time to Coltrane because I feel that even in the wildest moments of his mid- to late-Sixties solos I can find these little kernels of melodic information and find ways to employ them in my own playing.”

During the 1990s, after placing second behind Joshua Redman in the 1991 Thelonious Monk International Saxophone Competition, Alexander threw himself into the whirlwind life of a professional jazz musician. He played with organ trios on the South Side of Chicago, made his recording debut in 1991 with Charles Earland on Muse Records, and cut his first album as leader in 1992 (Straight Up for Delmark). More recordings followed for numerous labels, including Milestone and others, leading to 1997’s Man with a Horn; the 1998 collaborative quartet session with George Mraz, John Hicks, and Idris Muhammad, Solid!; and, that same year, the first recording by One For All, Alexander’s ongoing band with Jim Rotondi, Steve Davis, Joe Farnsworth, Peter Washington, and Dave Hazeltine.

Eric has appeared in many capacities on record, including leader, sideman, producer as well as composing a number of the tunes he records. By now, Alexander has lost count of how many albums feature his playing; he guesses 80 or 90. While he has garnered critical acclaim from every corner, what has mattered most has been to establish his own voice within the illustrious bop-based jazz tradition.

In 2004, Eric signed an exclusive contract with the New York-based independent jazz label, HighNote Records where he has amassed a considerable discography of critically-acclaimed recordings. Most recent among them is “Chicago Fire” HCD 7262, “The Real Thing” with Pat Martino HCD 7278 and “Second Impression” HCD 7296. Eric’s most recent HighNote release, “Song of No Regrets,”(HCD 7311) was featured in Downbeat’s “Hot Box”.

Eric continues to tour the world over to capacity audiences. Using NYC as his home base he can regularly be seen in the city’s most prestigious jazz clubs.

Contains all the patterns written out in all 12 keys as well as a Quick Reference guide. Also available in a print version.

Practice along with our collection of backing tracks. 36 individual tracks cover all 12 keys in 3 tempos. 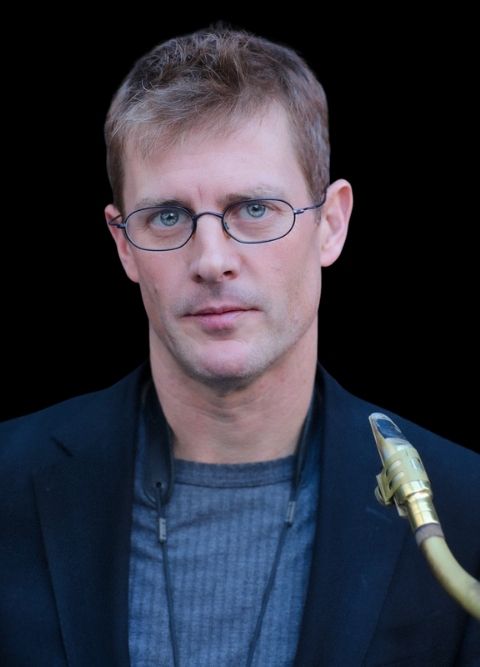 Developing players often have the misconception that they can simply learn scales (major, minor, dominant, etc.) and apply them to chord changes to construct effective solos. The reality is that without using common, recognizable language, at least to some degree, improvisers have little or no chance of connecting with their audience or with their fellow musicians, for that matter.

What I have done with these twenty-one exercises is combine common practice, modern jazz language ideas to create multiple measure phrases that can be used to develop harmonic awareness and technique in all twelve major key centers.

Implicit in many of these exercises are harmonic movements such as V-I or ii-V-I or embellishing a diminished 7 chord to I. It is important that players realize that they can utilize these types of resolutions over stagnant harmony. Furthermore, it’s likely that players will recognize a multitude of options, in terms of chord progressions and standard tunes, for which these exercises would work exactly as written.

This course is a lifetime access purchase. There are NO recurring fees or subscriptions.

If you are dissatisfied with the course just let us know within 30 days and you'll receive a prompt and hassle free refund. 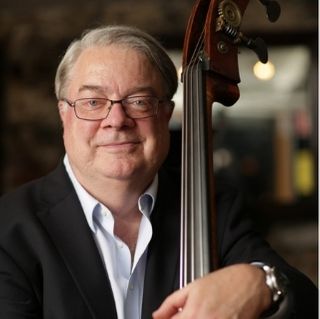 21 Major Key Explorations is a video course and ebook.  All the material is demonstrated by Eric on the saxophone and he has included video lessons for each of the lines in this collection.

Knowing the background, inspiration and anecdotes about a piece of language in the jazz lexicon is invaluable to students of this music. The videos are intimate, personal and full of knowledge gems mined from Eric’s vast experience.

I have personally benefitted from the study of this material and I’m sure you will too. Enjoy! 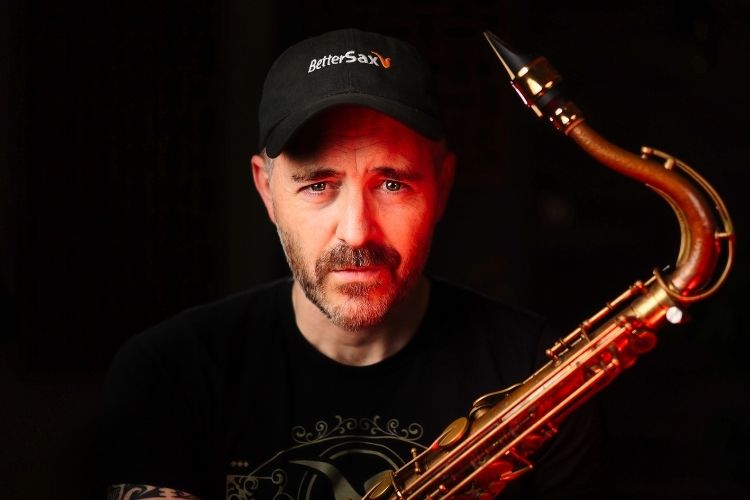 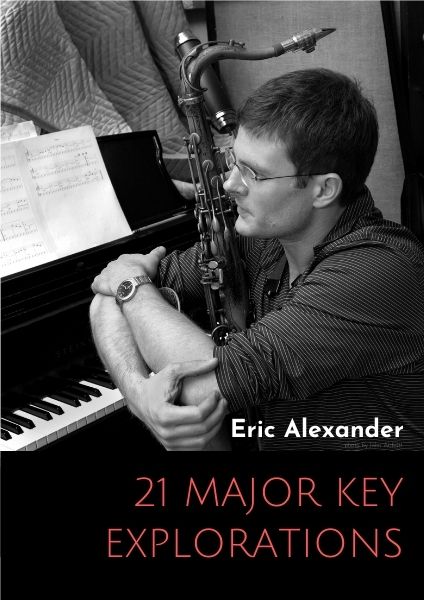 I just started playing saxophone, can I take this course?

You should begin by watching these free videos and by signing up for my free Play Sax by Ear Crash Course. Once you have completed that material, you you will be ready to take my Pentatonic Foundation Course.

Can I view the lesson content on my tablet or mobile device?

Yes! The videos can be viewed on any device as long as you are connected to the internet. They are streamed from a private server in High Definition and can be watched an unlimited number of times. The PDF can be downloaded for offline use.

Can I get the videos in DVD format?

No. There is not yet a DVD version of this course.

No. Once you are enrolled, you have lifetime access. There will be no recurring fees or renewal fees. Pay once, that’s it.

As soon as your purchase is completed you will receive a confirmation email. Please check junk and spam folders for this if you don’t see it right away. Add jay@bettersax.com to your contact list, to ensure delivery of all important emails.

Follow the instructions in this email to login to the BetterSax Members Area where you will find your courses waiting for you.

Is There a Guarantee?

If you don’t find that the Course has helped you improve as a sax player, just send us a message and we will refund your entire purchase price no questions asked (If you opt for the physical print version of the book, this portion of your purchase is non-refundable).

Does it matter which saxophone I play?

No, the this course is for all instruments. The demonstrations are all done on tenor saxophone, but the student can play all of the exercises on any instrument.

I Play a Different Instrument Can I Take This Course?

Absolutely yes! The lessons in this course apply to any instrument.