The Groove and Soul Standards Volume 1 collection of backing tracks features some of the best (and most played) contemporary repertoire. Students should take note that the melodies to these songs are primarily pentatonic scale based and the improvised solos from the original recordings are often built on a solid foundation of pentatonic scale material and vocabulary.

There’s no better way to develop fluidity and fluency when improvising than by practicing a variety of patterns and rhythms over chord sequences.

At Better Sax we remain committed to using today’s technology to provide you with the an optimized learning experience. We only wish this content was available years ago!

Steve Kortyka is a full time New York saxophonist who is passionate about teaching jazz improvisation concepts to his students from around the world in the Better Sax Studio and elsewhere. As a member of the Brian Newman quintet, Steve is an in-demand performer appearing live alongside Lady Gaga and the legendary Tony Bennett as well as on the pair’s latest album releases.

Based out of Astoria, NY, Steve Kortyka is an accomplished mulit-instrumentalist, composer, educator and full time performer. When he’s not teaching in the BetterSax Studio, Steve is a main member of the Brian Newman Quintet/Quartet, one of NYC’s modern working bands holding multiple residencies throughout the city and earning a living performing the classic standards of yesteryear with a modern twist to them. The Grammy Award Winning albums ‘Cheek to Cheek’ (2014) and ‘Tony Bennett Celebrates 90’ (2016) feature Steve’s arranging work on ‘Firefly’, ‘I Can’t Give You Anything But Love’, ‘Bewitched, Bothered, and Bewildered’ and ‘La Vie En Rose’. Steve is also featured performing an improvised solo on Irving Berlin’s classic “Let’s Face the Music and Dance.”

Steve has lead and recorded three studio albums under his own name as well as co-leads the New Alchemy Jazz Orchestra alongside some of NYC’s most brilliant up and coming arrangers. Steve serves as an Arranger/Music Director for the Brian Newman Orchestra and has written a number of arrangements for the band’s former residency at the historic NYC venue, the Rainbow Room at Rockefeller Center

Since arriving in NYC in 2011, Steve has had the opportunity to perform at NYC’s notorious venues which include Radio City Music Hall, Cipriani’s, The Iridium, Rockefeller Center’s Square, Smalls, Birdland, Sony Music Hall, 54 Below, The Rose Theatre at Lincoln Center and many others throughout the city. Steve has made numerous major network television appearances on shows including ‘The Jimmy Fallon Show’, ‘Strictly Come Dancing’ (U.K.), ‘Good Morning America’, ‘Christmas at Rockefeller Center’, ABC’s ‘A Very Gaga Thanksgiving’, PBS’s ‘Great Performances’ and ‘NYE Live at Rockefeller Center with Carson Daly’ alongside Brian Newman in support of Lady Gaga and Tony Bennett.

In addition to being a full time performer, Steve is also an avid teacher of instrumental as well as improvised music. Time is always made to share his love for the art of jazz and composition through clinics, masterclasses and solo performances around the United States. 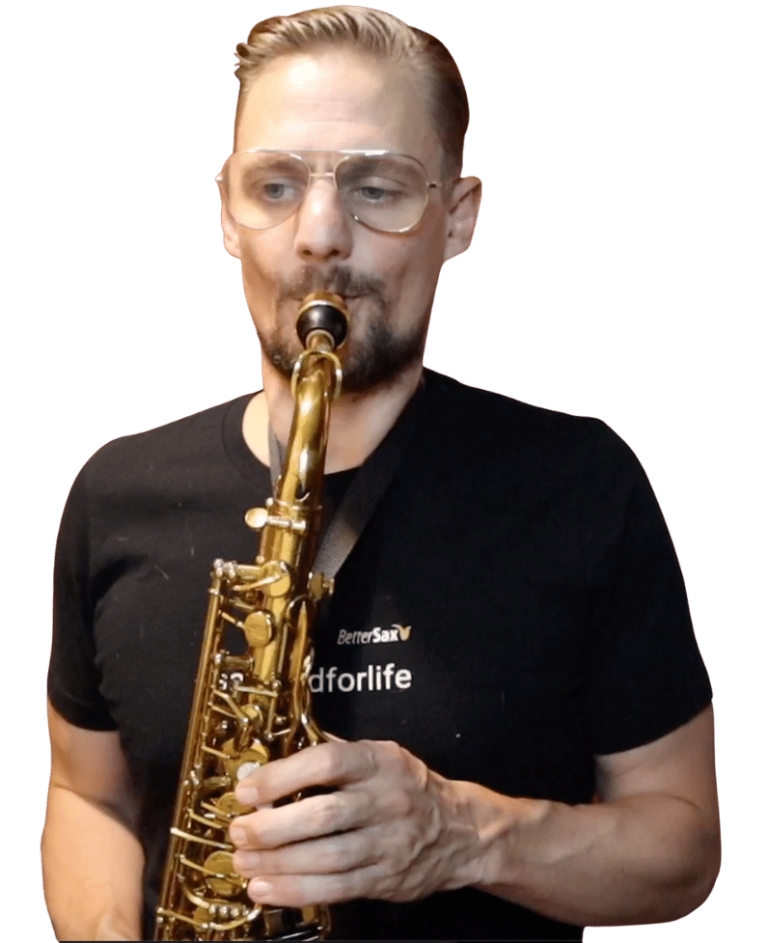 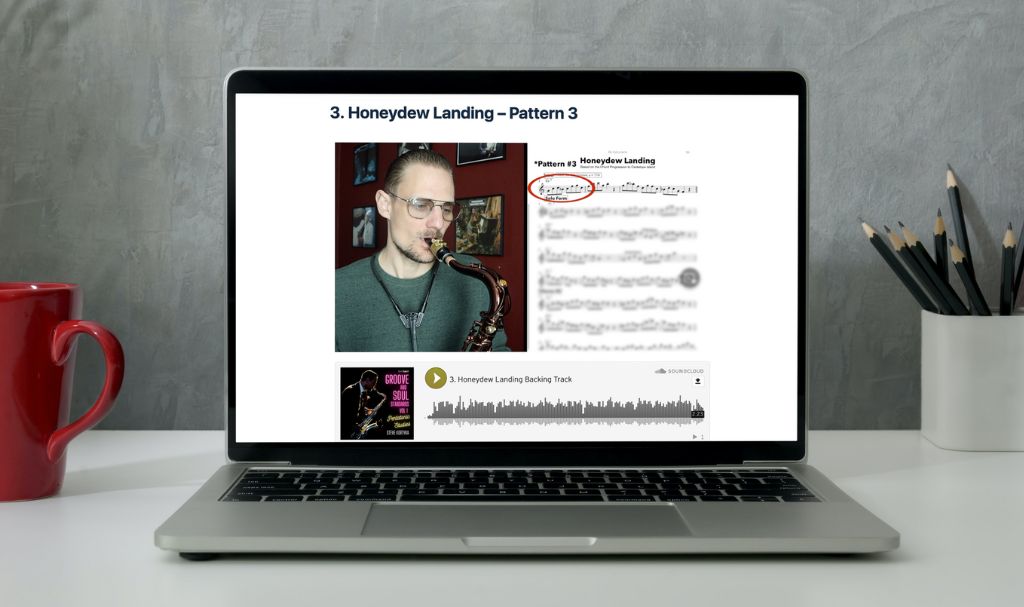 Each etude has an accompanying video lesson. Steve guides you step-by-step through his method for integrating the patterns from the course into improvised solos.

Eb, Bb and C Instrument versions are included with your enrollment. 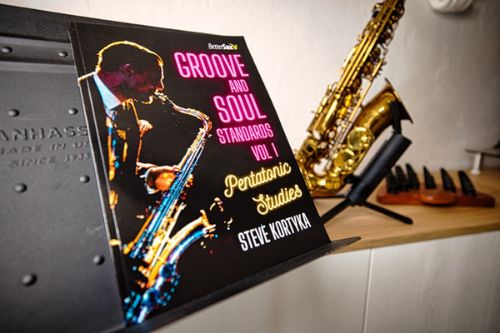 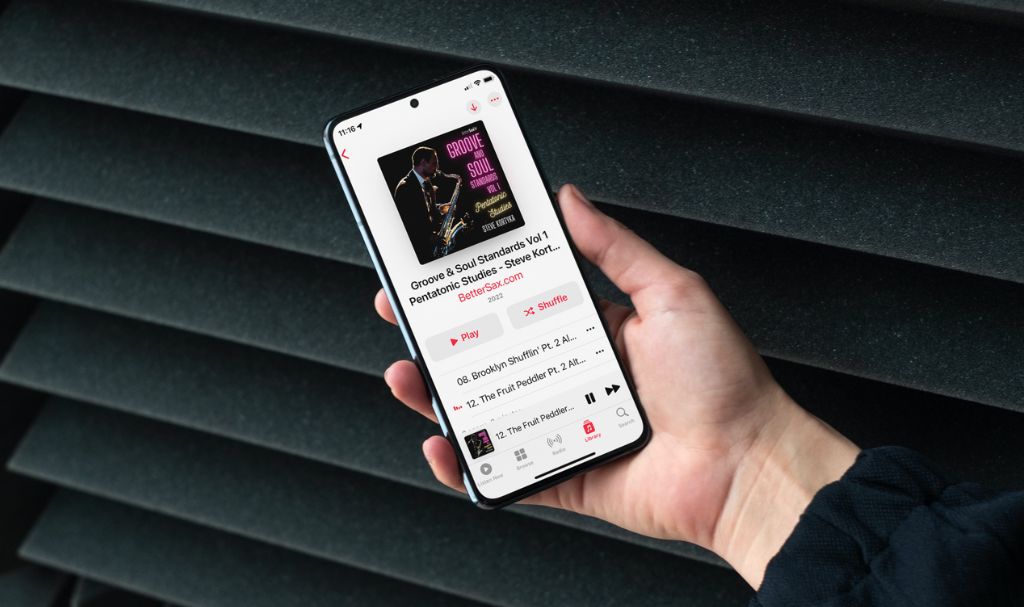 Listen and practice along to recordings of each etude played over the original BetterTrax.com backing track accompaniment on both alto and tenor saxophone.

Audio recordings of the pentatonic patterns are also included for alto and tenor saxophones.

Take Your Playing to the Next Level 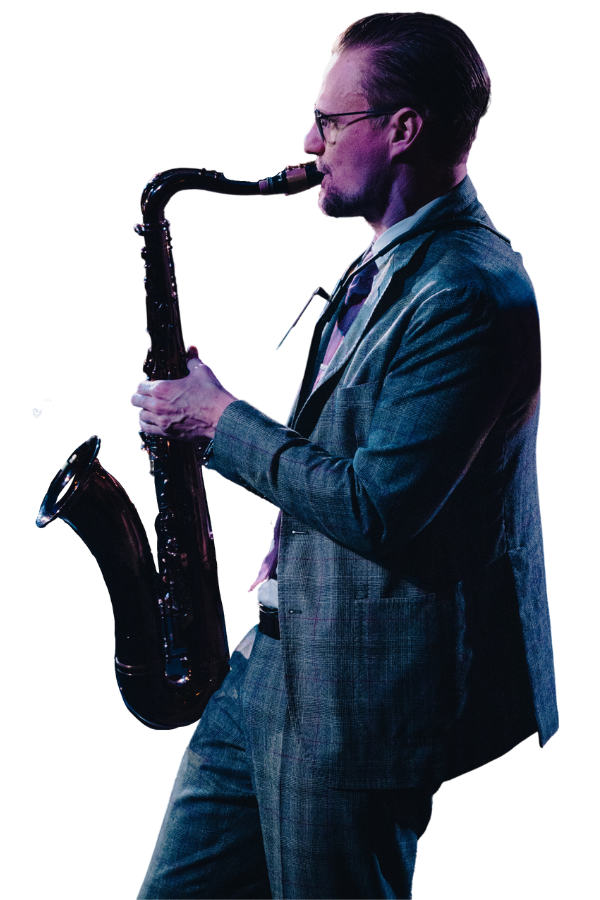 I just started playing saxophone, can I take this course?

You should begin by watching these free videos and by signing up for my free Play Sax by Ear Crash Course. Once you have completed that material, you you will be ready to take my Pentatonic Foundation Course.

Can I view the lesson content on my tablet or mobile device?
Yes! The videos can be viewed on any device as long as you are connected to the internet. They are streamed from a private server in High Definition and can be watched an unlimited number of times. The PDF can be downloaded for offline use.
Can I get the videos in DVD format?
No. There is not yet a DVD version of this course.
Does My Access Ever Expire?

No. Once you are enrolled, you have lifetime access. There will be no recurring fees or renewal fees. Pay once, that’s it.

As soon as your purchase is completed you will receive a confirmation email. Please check junk and spam folders for this if you don’t see it right away. Add jay@bettersax.com to your contact list, to ensure delivery of all important emails.

Follow the instructions in this email to login to the BetterSax Members Area where you will find your courses waiting for you.

Is There a Guarantee?

If you don’t find that the Course has helped you improve as a sax player, just send us a message and we will refund your entire purchase price no questions asked (If you opt for the physical print version of the book, this portion of your purchase is non-refundable).