6 Reasons You Were Taught the Saxophone Wrong

How We Learn Saxophone

I’ve been studying saxophone for over 30 years, and teaching it for more than 20 of those. I studied and taught in public school, university music schools, international conservatories, private lessons and online.

For a long time I’ve been thinking about my experiences with music education and how it could have been better for me and how I can make it better for my students. Awhile back I came to the conclusion that the way a lot of saxophone students are taught in general is very flawed.

I think this is a topic that a lot of teachers and students can relate to. Now my intent is not to provoke an argument or criticize any teachers at all. I just want people to start thinking about ways that we can learn the saxophone differently.

Here are six reasons you were probably taught the saxophone a little bit wrong.

1. The saxophone is a bastard.

The saxophone was invented around 150 years ago and it was designed to be used in orchestras and ensembles of the era, which was what we broadly call classical music today.

The problem was that the saxophone was never widely adopted into these orchestras. Composers rarely wrote music for it. Only a handful of 20th century composers took the instrument seriously enough to write anything of consequence for the saxophone.

Despite this, the saxophone has always been taught at classical music schools alongside the other classical instruments using the same methods.

Even today, when opportunities to perform professionally as a classical saxophonist are basically nonexistent, music schools and conservatories around the world are still teaching the saxophone the same way they teach the flute or clarinet or the violin.

Now let’s face it. The saxophone is more at home in jazz and pop and rock music than it is in classical music. So why are we teaching it the same way as those classical instruments?

If you have ever taught or studied in one of those music schools, you probably noticed that the saxophone is treated like the unwanted bastard.

When I was at school in the ‘90s, professors and some of the students of the “noble and legitimate” instruments were always looking down their noses at the saxophone players. I can only imagine that this snobbery was much more pronounced further back in history.

2. You were never taught the thing that made you want to play the saxophone in the first place.

When you chose to take up the saxophone, you were probably inspired by something you heard. How many people had even heard classical saxophone or knew it existed when they started taking sax lessons?

The vast majority of saxophone students want to learn how to play rock or jazz or smooth jazz, or blues or some other form of popular music. Yet when they start taking lessons, they are all given the same tired old method books that we give to oboe and bassoon players. (No offense double reed people.)

This would be the equivalent of a student wanting to learn to play the drums because he heard Led Zeppelin and then restricting them to only learning orchestral percussion.

Anywhere in the world if you want to learn the guitar, bass or drums in a popular music style, you can go pretty much anywhere to get lessons for that. Not so for the saxophone, which leads us to reason number three.

3. Saxophone teachers often teach the same way they were taught.

Again this is not a criticism of my saxophone teaching colleagues for whom I have great respect. It’s exactly what I did after college. I taught the same way I learned because that’s all I knew.

Now for a student that wanted to get first chair in the symphonic band at university, or ace their performance of the Glazounov concerto at some competition this was arguably the right way to teach.

But the reality is that nobody really wants to do those things. We do them because those are the performance opportunities available to us while part of this education system.

Take two teenagers. Bobby gets guitar lessons at the local music school. The first couple weeks he learns a couple chords and he’s already able to play some of the songs we hear on the radio.

By the third week sheʼs begging her parents for a guitar but her parents already paid to rent the sax until the end of the year so she has to stick around and continue to learn “Hot Cross Buns.”

By the end of three months in December, if she can play the chorus to “Jingle Bells,” she’s considered an advanced student. Meanwhile Bobby is already in a band with his friends who are taking drum and bass lessons.

4. Not all sax teachers are saxophone players.

My first saxophone teacher was a clarinetist.

If you were taught saxophone in public school in America, chances are your first teacher was not a saxophone teacher. This basically guarantees that students are taught the standard classical method that is as boring to teach as it is to learn.

I know that there are lots of teachers out there that want and try to teach something different, but itʼs just not that simple. That brings us to point number five.

5. Your teacher may not be allowed to depart from the curriculum.

I know when I was at school, I had a sax teacher at who wanted to start a jazz band for us. However, his boss, the music director, wouldn’t allow it. This is another example of the classical music world looking down its nose with condescension and perhaps a bit of jealousy at saxophone players and jazz musicians.

Later on, when I was at university taking one-on-one lessons studying classical saxophone, my saxophone teacher, who was also an accomplished jazz musician, would only allow us one jazz lesson per semester.

Now I’m sure this was not his choice, but rather an obligation to his employer. There were dozens of saxophone students at my university and all but a few individuals were passionate about jazz but because jazz wasn’t offered as a major, we were all required to study classical saxophone.

This just serves to perpetuate the worn out classical learning method for the next generation who would become our students. This cycle continues today, 20 years later.

If you went to music school like I did, sometime around the fourth semester of music theory, you probably asked yourself, “Why do I need to know what a Neapolitan sixth chord is or how to compose atonal music using a 12 tone matrix?”

Spoiler alert: You don’t need to know how to do either of those things. Might explain why sales of 12-tone party hits didn’t do so well. Which brings us to reason number six. 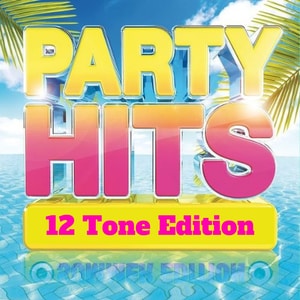 6. Music schools have to fill a curriculum with enough stuff to justify the tuition/budget/salaries etc.

This means that learning music which should be a very personalized and individual pursuit involving a lot of listening, practicing and playing with other musicians, becomes a classroom activity.

Everyone learns the same lessons and repertoire at the same pace basically, regardless of each individual’s level, needs or area of interest.

“I’d like to learn to play like Louis Armstrong,” one student says. “Nope sorry, Louis Armstrong is not in the curriculum. This week we are learning “Giant Steps” and next week it’s going to be odd meters. And don’t forget, the following week your free jazz composition is due.”

Most music students at university are only getting the degree because they need it to qualify for a well-paid teaching job down the road.

In my case because society says need to go to university and I chose to major in music. By the way, I’ve met a number of outstanding musicians who did not major in music at all. I can remember asking myself, “How did they get so good while majoring in law or math or philosophy?”

If an individual just wanted to learn how to play music, they could save the enormous expense of going to music school. For example, Berklee cost over $50,000 a year.

Mastering an instrument is about putting in the work. It’s not about who you took lessons from or where you went to school. The student has to put in the work themselves, and that work can never be completed. It is a lifelong pursuit.

Any professional will tell you that the real school is the bandstand, and the practice room. The most important teachers are on the recordings and within ourselves.

What if students just sought out the masters they wanted to learn from and studied with them while diligently practicing on their own, at their own pace and in their own chosen direction?

That sounds like something people did a long time ago before our modern education system rewrote the rules.

What it comes down to though is that none of it is necessary if you just want to play music. There are countless examples of great musicians who never learned in an institution how to make music.

After a lot of thought and experimenting with students, I’ve come up with a different system for how to teach saxophone. Now the system works for beginners and it works for anyone who’s only ever studied in that classical, institutionalized way of learning music.

It includes some of what I learned at school, of course, but mostly it’s what I would go back in time and tell my younger self if I could. It’s the valuable tricks I picked up along the way that no one ever told me in school.

It’s the simple explanations for musical concepts that for me have replaced the very complex ones I learned at school and in books. It’s the flexibility to learn at your own pace since everyone is different.

And it’s based on the concept that all music shares common threads, and if you learn these basic building blocks, you will be free to choose the music you want to play and teach yourself how to play it. I only started to really improve and get good at playing saxophone when I got inspired by music that I loved and realized that I had the power to learn it myself.

That is the goal of the online course called the Pentatonic Foundation.

Click here for a video introduction to the course:

There’s also a totally free version of that course called the Play Sax by Ear Crash Course, which is great to get started. Try it or share it with your own students.

Click here for a video introduction to the course:

You can also check out lots more saxophone learning videos on YouTube. The best way to check them out is by subscribing to the channel and then watching one of the playlists.

If you want to discuss any similar experiences you’ve had as a saxophone player, please do so in the comments below. And If you know someone else who might like this video go ahead and share it with them too.