The last couple of weeks have been intense to say the least. The video for this week is top 10 list of great tenor saxophone players. It’s a follow up to my top 10 alto sax players video.

In that last one I narrowed the list down to players active before 1960 and I’ve done the same here.

The Impact of Black American Musicians

You’ll notice that there are a lot of black american musicians in this list, and something that all black americans working before 1960 have in common is overt racism.

The study of music in any style is simultaneously a study of history. The same goes for painting, literature, film, really any form of art. Art tells the story of humanity.

On this channel we focus on the saxophone and music played on the saxophone. During the lives of all these musicians racial segregation and unequal treatment was not only tolerated but part of the law in the United States.

They are telling their story through the music. A very large part of that story is the experience of being black in America.

All popular music styles from the 20th century onward are direct descendants of black American music. Much of popular music would not exist today without that enormous cultural influence.

It is impossible to separate the history of racism in America from black American music. While it may be an uncomfortable truth to confront it cannot be ignored.

What is truly remarkable is that this universally loved music was created under such dehumanizing conditions. It is simultaneously deeply disturbing and powerfully inspirational.

The struggle for racial equality and justice is far from over. Now more than ever we need to be reminded of the eternal musical gift given to us by Black American culture. In order to be worthy of any cultural gift we are obliged to pass it on to others. It’s important to recognize and respect the original source.

I cannot teach  this music without acknowledging the racism past and present no more than you can learn it.

That’s why I am making these lists.

So if you enjoy Black American music but somehow don’t understand what all the fuss is about, please keep listening. I have faith that the message of freedom, peace, unity, love and beauty will get through at some point. It’s going to help make the world a better place.

It’s not a ranking. It’s just a way to pay tribute to and raise awareness of 10 influential artists among countless others. I’m counting on you guys to let me know in the comments who else could or should have appeared in this list. I can perhaps include them in a future video.

So in no particular order other than a loosely chronological one, let’s begin with

Let’s check out this video of him playing with Charlie Parker.

It’s important to point out that the music we are hearing was prerecorded and Hawk is miming.

Check out this clip where Bird gets him to laugh.

There is a limited amount of footage available from this time period. The clips I use aren’t always going to be the best musical examples. But I love being able to see how these musicians play. Their embouchure, how they hold the instrument and move their fingers… Not to mention the instruments and mouthpieces they played on.

His sound is characterized by a lot of sub tone in the lower register. As well as a wide and fast vibrato, which is nearly always present on held out notes and a breathy articulation style. All of  which contribute to the appeal of his many masterful recordings of  ballads. Check out the 1939 recording of Body and Soul.

Hawkins also played with a very loud, raw in your face tone at times the influence of which can be heard on R&B and Rock n roll saxophone solos ever since.

Another hugely influential early tenor sax pioneer, Lester Young was a prominent member of the Count Basie band. His style was more laid back and less aggressive than Coleman Hawkins.

Not only can his influence be heard in the Cool School of jazz popularized by white musicians like Stan Getz, Zoot Sims and Gerry Mulligan, He is credited with being the originator of some of the hipster lingo such as the term “cool” itself which is used colloquially around the world.

His recordings with Billie Holiday and Teddy Wilson are great places to hear him at his best.

This clip is from 1958, 6 months before he died at the age of 49. Interesting to check out the part where he and Coleman Hawkins trade 4s. Obviously not ideal circumstances to compare their individual styles but a historic musical moment none the less.

Ben Webster is one of the most expressive tenor sax players. In the same way Johnny Hodges was on alto, Ben Webster played with a wide dynamic range and lush sultry tone. While many sax players use higher note densities to build tension, Webster would do the opposite and try to say more with less. He worked in the Ellington band as well and did some small group recordings with Hodges.

Like many other great black jazz musicians he moved to Europe where there was significantly less racism and more appreciation for the art form, but this move usually came at the expense of their careers.

Illinois Jacquet is the most prominent of the “Texas” tenors. A group of saxophonists hailing from Texas and known for a particular sound and style that became the signature of R&B and rock and roll sax solos at the time. Loud and raucous like a late night party. He was also fluent in bebop language and had a lush tone for ballads.

Listen to Illinois Jacquet play this slow blues from a 1973 concert in Paris. Using space and held out notes to build tension – some alternatives to the standard higher faster louder ways to build tension in a solo.

The growl is a typical characteristic of this Texas tenor sound. I replicate that sound by doing a low hum deep in my throat almost in my chest while playing a note. Make sure you use enough air to get that out.

Another tenor player who straddled the fence so to speak between bebop style improvisation and the blues and R&B style gaining popularity at the time. The influence of Lester Young can be heard in his sensitive melodic playing, but so can the more brash in your face playing of Coleman Hawkins. Mixed with this is the influence of Charlie Parker’s bebop language. Part of the fun of going back and spending time listening to all these musicians in a historical context is trying to piece together the sources of musical influence and how they came together in each individual’s personal style.

Unfortunately we lost almost 10 years of Gene Ammons prime music making time to prison sentences for drug possession. Like so many other great artists of the time he died very young at the age of 49.

Speaking of saxophonists that moved to Europe, Dexter may be the best known example and one who managed to contribute to the art form from both sides of the atlantic with numerous recordings and make a comeback to the United States after a 14 year hiatus.

Perhaps my personal favorite tenor saxophonist Dexter kind of defines the classic jazz genre for me. He played fluent bebop at all tempos but was also a master of ballads. His improvisation style was technical and playful at the same time. His sound was big and fat and served as a model for the countless tenor players that he influenced. Dexter Gordon ticks all the boxes of sound style language and technique and that’s why his music is universally loved.

Sonny Rollins is undoubtedly one of the most influential jazz improvisers of all time. His prolific recording catalog include over 60 albums as a leader and he appears on dozens of others as a sideman. While Rollins was clearly influenced by Lester Young, Coleman Hawkins, Charlie Parker and others, he developed his own unique style of improvising. The unaccompanied intro he plays here is one of his trademarks as is the piano-less trio.

He has said that playing without the piano guiding the harmony allows him to feel more free in his improvisations and it certainly sounds like it. Check out the album Saxophone Colossus.

Unfortunately there is no surviving footage of Hank Mobley playing live

Here’s an audio recording of a  live performance with Miles Davis Group from 1961. Mobley epitomizes the sound of hard bop tenor sax. He plays with the language, harmony and chromaticism of bebop mixed with a laid back sound and feel.

The album Soul Station is essential listening for all saxophone players.

Stan Getz is widely known for his Bossa Nova recordings which were hugely successful, but his career started out playing in some of the most popular big bands of the 1940s with Benny Goodman, Stan Kenton and Woody Herman.

Getz’s tenor sound is on the lighter end of the spectrum. The so called “cool jazz” sound let’s say.

This clip from 1960 recorded in Germany is great since he’s on stage with John Coltrane. The contrasting style and sound is so apparent.

You didn’t think I’d leave Trane off the list did you?

This is 1959, which is arguably jazz’s best year for the output of new music. John Coltrane led the way towards a new way of playing and improvised expression. In addition to his work on Kind of Blue, check out Blue Trane one of his first albums as a leader.

This list was very difficult to put together. There are so many great and influential tenor sax players from this period it was hard to choose.

Notably missing are Sonny Stitt, who I put in the top 10 alto saxophonists video, he could have easily been in both. I had Sonny Stitt in my great classic jazz alto players video, but he has to be mentioned here as well since his tenor playing was equally influential. Stitt was one of few saxophonists to record at this level of proficiency on both alto and tenor. He would often play solos on both instruments in the same tune.

Also Benny Golson who’s many compositions are part of our standard repertoire today. Joe Henderson, Stanley Turentine, and Wayne Shorter will be part of my next video for sure as leaders of the next generation.

Let me know who else you would have included in the comments below!

I hope all musicians and fans of music will keep in mind the circumstances in which much of this music was composed, recorded and performed. It’s important to realize that we are still dealing with the legacy of racism. It has not gone away as much as some people would like to think it has. Perhaps 2020 will be the year future generations consider a turning point in our history.

All proceeds from BetterSax YouTube channel for the month of June 2020 will be donated to charities promoting social justice in America. 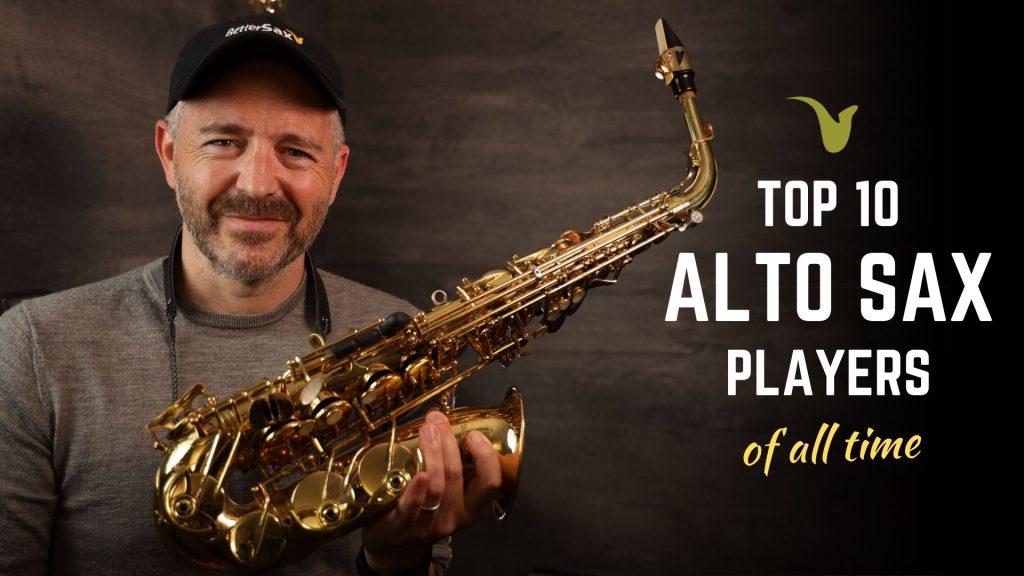 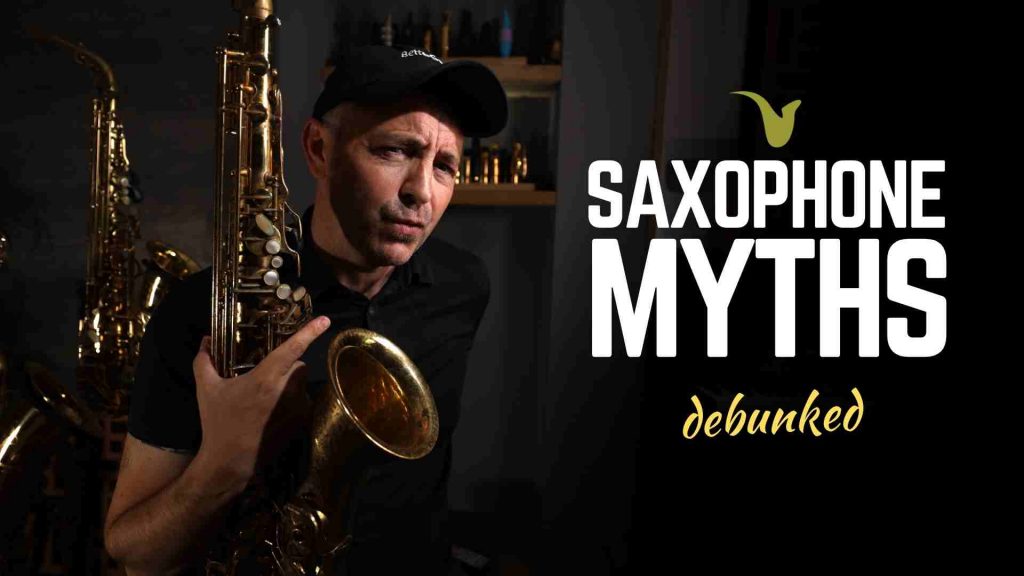 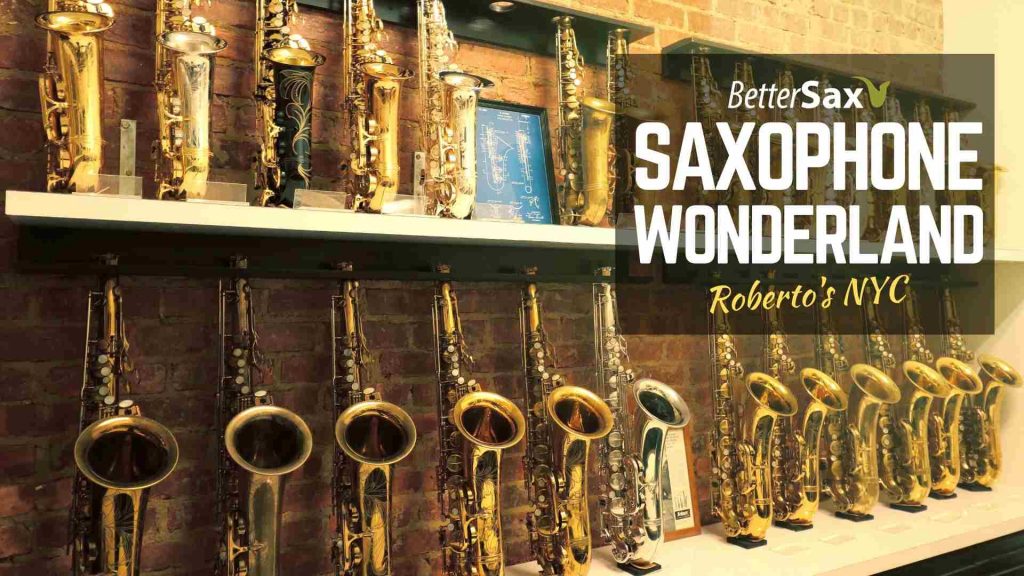