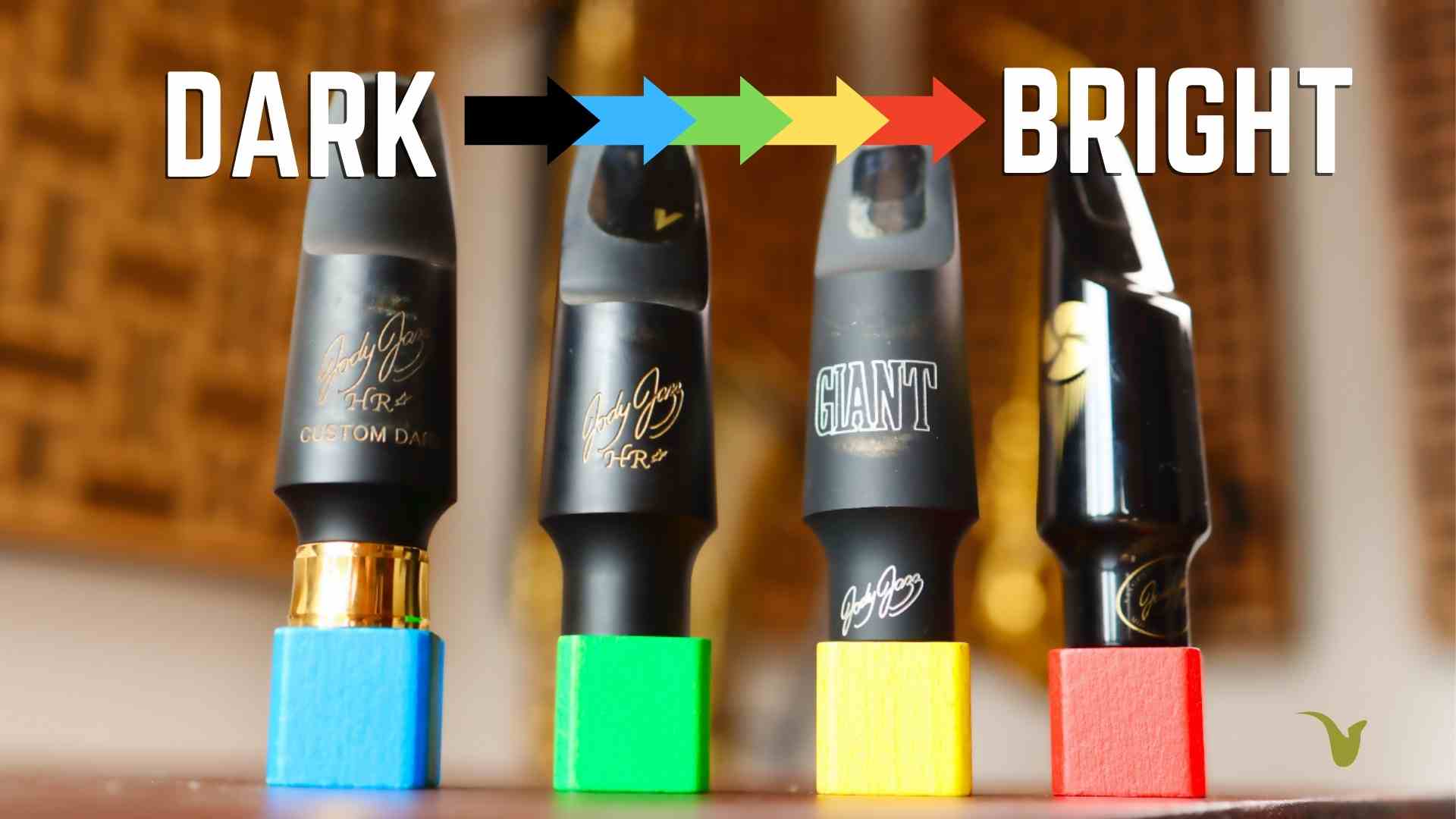 BetterSax is back with another mouthpiece comparison and review. This time we will be looking at 4 great mouthpieces from Jody Jazz to see if one of them might be a good choice for you.

I recorded everything with this Beyerdynamic M160 ribbon mic which does an amazing job on the saxophone. It doesn’t pick up a lot of room noise, but I wanted to get the best audio quality possible for you guys.

We’re going to jump right into the play tests starting with the darkest of these 4 mouthpieces which may look like they are all made from hard rubber, but two of them are actually made from other materials.

Here’s the HR* Custom Dark which is the newest offering from Jody Jazz, and it’s got a lot of players very excited.

As you listen to these be sure to share your thoughts in the comments below. Throughout this video, you’ll hear me playing part of a solo transcription that comes from the latest BetterSax Course – 21 Major Key Explorations by the great Eric Alexander.

It’s a collection of real jazz language phrases provided in all 12 keys with video instruction from Eric on how to practice and implement the material into your playing to sound… well better.

As Eric puts it, this is a method for how to learn to play things that sound good in your solos.

At the end of the course, there are several improvised choruses of Rhythm Changes transcribed and written out where Eric demonstrates in real time how he would use this language in a solo and I’m playing one of those choruses here.

The HR* Custom Dark is not just another dark mouthpiece for me. Whenever a mouthpiece is described as “dark” I’m expecting it to be stuffy and have no power or projection.

One thing I find with the Jody Jazz mouthpiece designs is that they all have versatility built in. Rather than only working within the extreme end of the spectrum — each mouthpiece can get you somewhere close to the center.

So I find the HR* Custom Dark gives a nice lush warmth yet still has a little crispy sizzle in it. It doesn’t ever feel stuffy and while it certainly doesn’t have a huge amount of projection, it’s not wimpy either.

I certainly understand why so many players have adopted this mouthpiece since it came out and I really enjoy playing on it.

The HR* Custom Dark is made out of hard rubber and it’s got a round chamber, scooped out side walls, low baffle and very thin tip and rails. The gold plated brass band on the shank may or may not be the secret ingredient that gives the custom dark its unique personality. In any case it looks beautiful.

This mouthpiece will set you back $395.

Let’s move on to the next mouthpiece on the scale from dark to bright, the original HR*.

This is one of the most popular mouthpieces out there, so many of you watching may already own one of these or have at least tried it. Be sure to let us know your experiences with these mouthpieces in the comments section below.

For me the HR* is one of the all time great jazz mouthpieces and it serves as a point of reference. It’s like the North Star of jazz mouthpieces. I think of this as very much in the middle of the spectrum. It can be played as a brighter mouthpiece or a darker one or somewhere between the two.

That’s why when people ask me what to get as their first jazz mouthpiece, I usually recommend the HR*. At $199 it is probably the best value you can get these days in a new hard rubber tenor mouthpiece.

It’s something that everyone can sound good on especially if you’re looking for a classic straight ahead sound.

It has a thin tip and rails, straight side walls, a little roll over baffle and a medium round chamber.

I really like the matte finish of this mouthpiece and used that for my own BURNIN’ alto mouthpiece made by JodyJazz that I designed together with Jody Espina.

The next mouthpiece we’re going to look at is the Giant.

You may be saying to yourself, these all sound pretty similar, and yes they do. As I said before, one thing the Jody Jazz mouthpieces have in common for me is that they all give you access to a straight ahead sound no matter where they fall on the spectrum of bright to dark. The brightest one is not ear bleedingly bright and the darkest one is not a tug boat horn.

The thing that sets the Giant apart is that it’s actually made out of aluminum or “aluminium” if you prefer.

The concept is to make a metal mouthpiece that has the shape of and feel of a hard rubber one.

While the Giant does appear to be similar in design to the HR*, there are some other key differences beside the material

The Giant has straight side walls, a large chamber and more baffle to it. The chamber shape is also unique in that it is squarish with rounded corners. Again it has very precise and thin tip and side rails.

In jazz music it is often said that we want to aim for a balance between tradition and originality. I think that’s a good way to describe the Giant. It’s an original approach to getting a classic sound.

The Giant tenor mouthpiece will set you back $350 and I would recommend this for anyone looking a traditional jazz sound that is unique at the same time.

Some of you may be wondering about the rest of my setup, so before we hear the last mouthpiece let me show you. The ligature is the JodyJazz Power Ring. I’m using the same one for each of these and it’s the HRT1 model.

It’s a great looking ligature which takes a little bit of getting used to since it doesn’t have any screws, but after a short adjustment period it’s great to work with and I’ve been using it on all my Hard rubber tenor mouthpieces.

The neck is the Vanguard hand hammered bronze which is entirely hand made by Kim Bock of KB Sax. I absolutely love the sound, response and look of this neck and can’t say enough good things about Kim Bock’s craftsmanship.

The saxophone is my Yanagisawa TWO2UL. It’s unlacquered bronze and again I love the look and response of this horn. This is really a dream setup for me.

The last mouthpiece for this video is the Jody Jazz Jet, which is also not made of hard rubber.

What do you think? You could probably hear the difference in brightness and power in that example.

The Jet is made out of resin which is basically another way of saying plastic but don’t feel bad if you were fooled. The precision build and fine hand finishing make this look and feel as though it were a hard rubber piece.

It certainly doesn’t feel plasticy when playing it.

The name Jet kind of gives one the expectation that it’s going to be a screamer. Don’t get me wrong, this mouthpiece can scream, but it can also be at home as a brighter straight ahead piece as you can hear in this example.

I wouldn’t hesitate to use this as a lead tenor piece in a big band for example. If you need your solos to carry over the volume of the rest of the band yet still be able to blend with a section, the Jet can do that.

Like the HR* the Jet is also a marvel of versatility and value at $199.

For most gigging situations, a mouthpiece like this is going come in very handy. When we are playing on our own in the practice room, we love to have this mellow lush sound, but once we get on stage with a drum set, guitar and bass amps, and a whole PA system, we will usually want a bit more power and projection from our mouthpiece.

I would recommend the Jet to anyone who is playing gigs and wants a great all around mouthpiece on the brighter end of the spectrum that won’t get buried beneath the other instruments in the band.

Now everytime I make one of these videos I have to put all the disclaimers out there, so here we go.

Someone commented on a mouthpiece review video I did on some Theo Wanne pieces saying, “how can you like all of those mouthpieces, that’s not even possible”.

I understand that for many players, the experience when trying new mouthpieces is often, “hate it” sending it back.

The thing you need to understand is that it takes a while to get to the point where you are comfortable on a wide variety of different mouthpiece designs. Most people just play the same mouthpiece for a long time and get very used to it. It’s normal for a new mouthpiece to feel awkward and not sound great at first.

So if you are trying new mouthpieces, please give it time, and try different reed strengths and cuts.

Daily practice over the course of years and lots of listening to develop a sound concept is the only way to get a good saxophone sound.

You have to put in the work, and if you do, you’ll sound good on just about any mouthpiece.

Then the fun begins when you can explore all the different models available to you.

Yes, Jody Jazz makes the BURNIN’ mouthpiece that is for sale on the BetterSax website and we do plan to make a tenor version.

Just because I have my own line of mouthpieces now does not mean I’m going to stop making review videos.

I don’t care what mouthpiece you play on, I just want you to love the one you’ve got!

So I hope these videos help in some way. 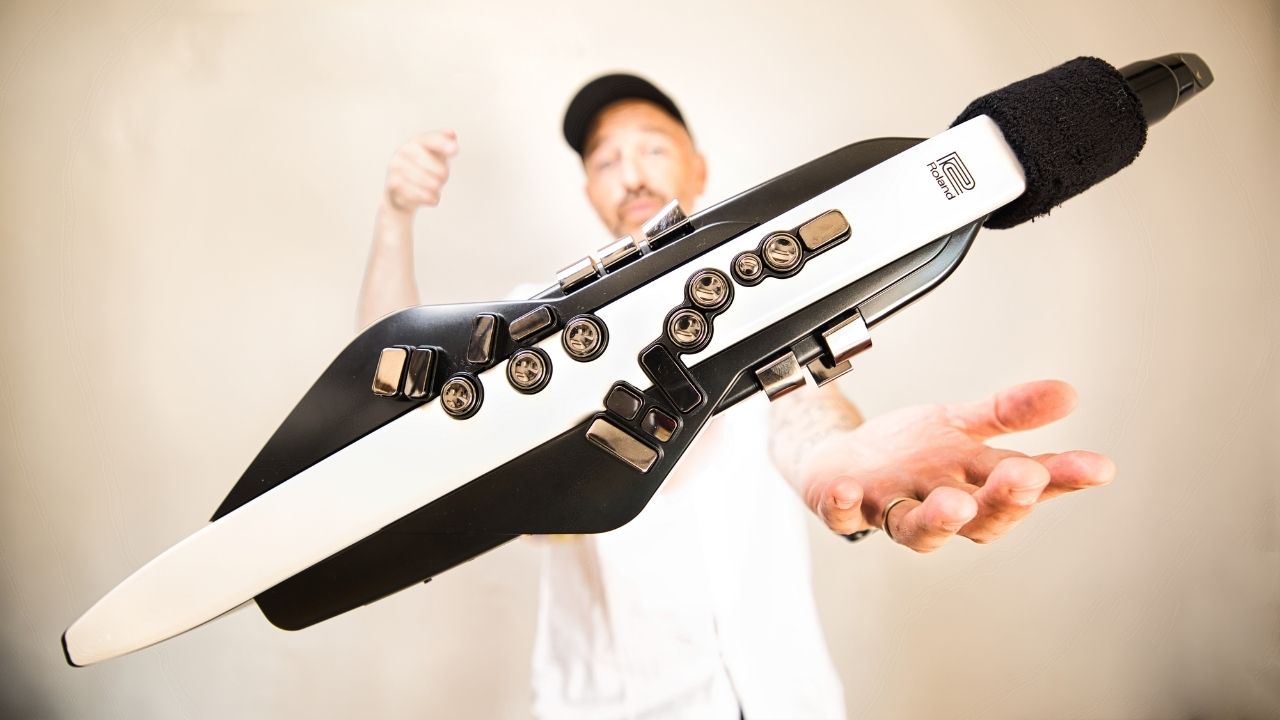 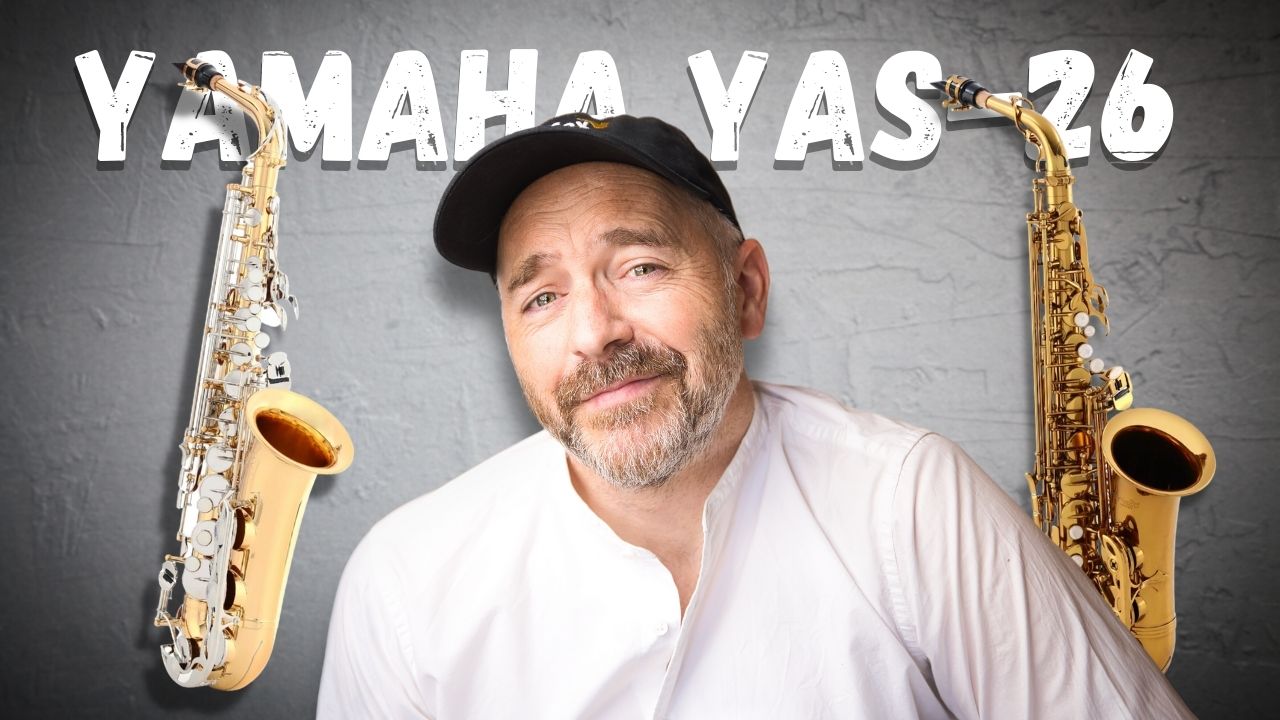 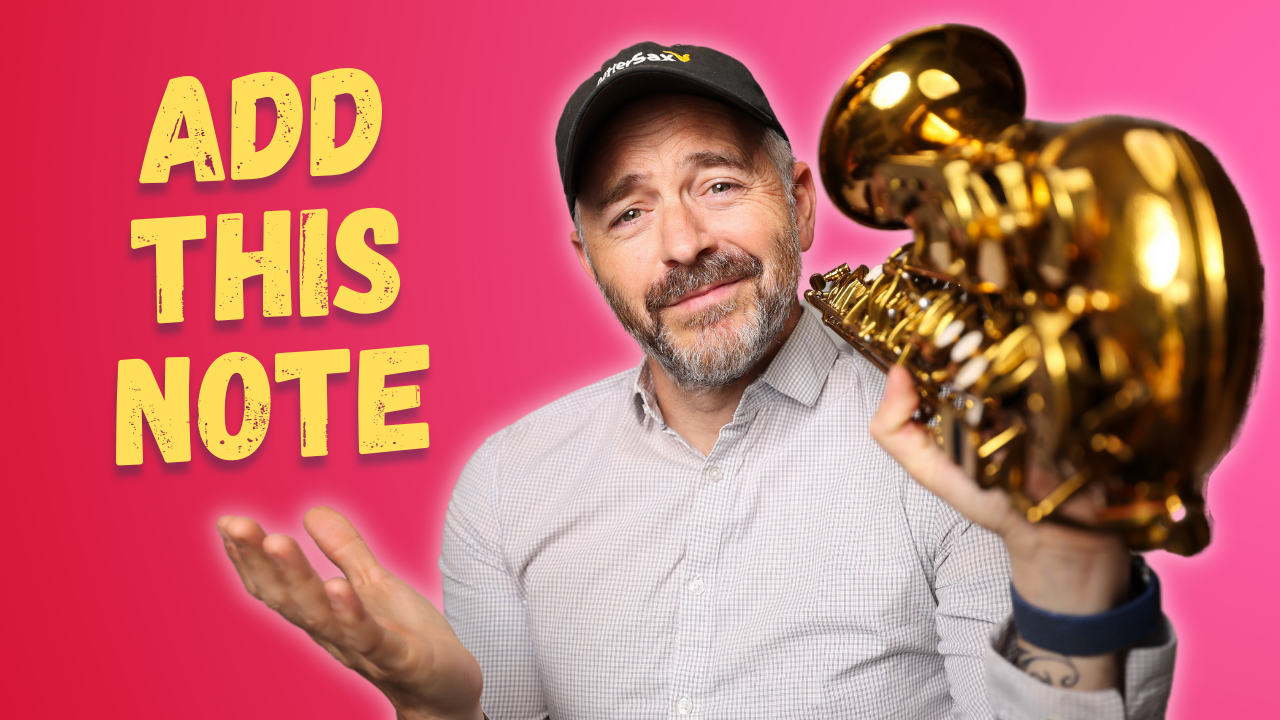 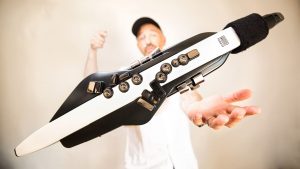 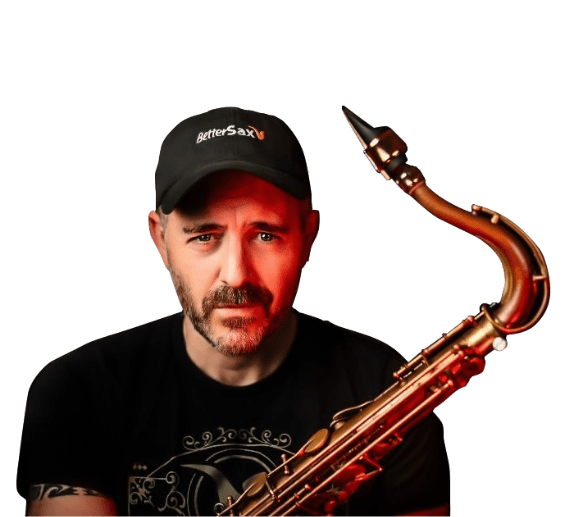